Tonight Michael made curried chicken (it was suppose to be chicken vindaloo but it wasn't quite spicy enough but ohhhh was it good.) Michael used a fork to eat from his bowl. I was eating my portion with chopsticks. Tovina told us she wasn't hungry. Then she came to the table, looked around, and decided that not only did she want food, she also wanted chopsticks with which to eat it. She's asked for chopsticks before. Her desire to use them usually lasts about 20 seconds at which point she reverts to fingers. But this time, Michael found her 2 short metal chopsticks. They came in a little traveling case where the top and bottom of the chopsticks unscrew so they are easier to carry around. Tovina was given just the bottom half - more her size.
Then, much to our surprise, she started eating with them. 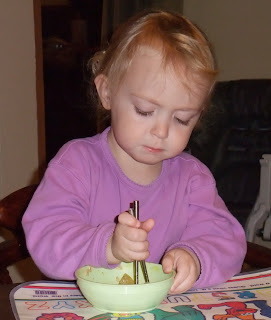 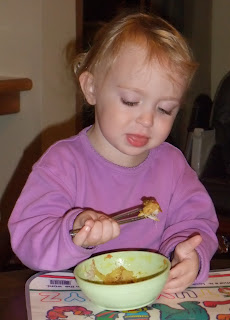 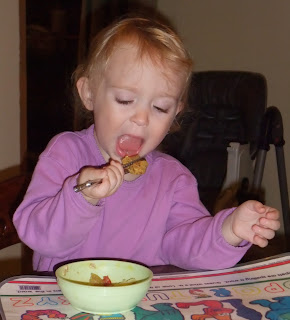 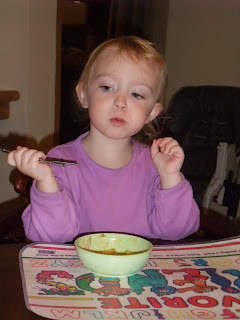 She found the potatoes difficult but the chicken quite straight forward.
Here is a video of her happily eating away.

Email ThisBlogThis!Share to TwitterShare to FacebookShare to Pinterest
Labels: Tovina

Well, of course she can eat with chopsticks, she spent half her life in China. AFS