Tovina had the opportunity to try many a new food while we were in Gulf Shores among them was some wasabi that came with my (mostly) raw tuna. 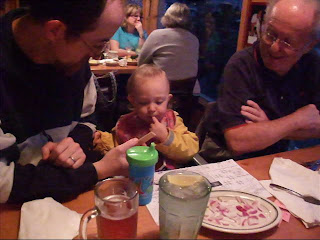 Here she is taking some off the cracker with her finger and giving it a taste. 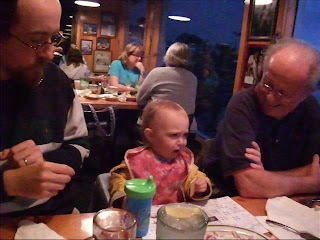 And here she is telling us what she thought of it.
Not exactly her fav.
But she did try it again. We were all most intrigued.
In our defense, as she was also eating a plate of raw onions (which she adores - much to the amusement and surprise of our waitress) having some wasabi on the side did not seem like such a stress.
The 13 second version of this adventure is below, but if you wish to see a longer part 1 and 2 they are on YouTube.

that's just sad
i had heard about that stupid horse. so silly. if anyone else wants to learn more about it, I recommend Will's blog.